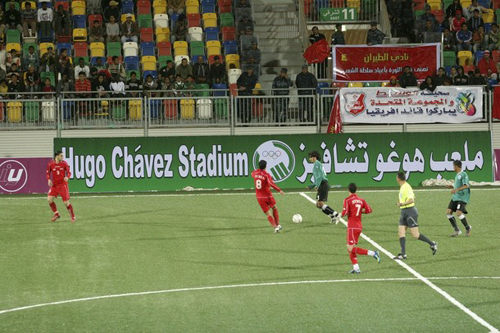 Libya’s deputy Prime Minister has revealed a $ 314 million plan to construct stadiums as part of preparations to host the African Cup of Nations (ANC) in 2017, with the hope that the event will play a major role in reunifying the country.
The announcement came a day after the International Federation of Association Football (FIFA) decided to lift the ban on holding international games in Libya. Work is set to begin as early as June and 11 stadiums will be constructed. One of the major projects of the plan is the construction of a new 60,000 seats stadium for the ANC finals.
Deputy Prime Minister Awad Ibrahim Elbarasi, didn’t shy from the fact that one of the main objectives is the reunification of Libya, to reassure the international community that the country has overcome its security issues, and that life is back to normal in order to stimulate investments. “Just like Nelson Mandela unified South Africa, we hope to unify Libya under this cup,” he said.
Last month, Libya said it would use all its resources to ensure that it kept the right to host the 2017 ACN after it lost the rights to host the 2013 edition due to security issues. The country is now scheduled to host the next edition after Morocco.
Elbarasi insisted that the country’s crisis is being “exaggerated” as he opined that they are “actually in a much better position than many of our neighbors.” Armed gangs still patrol towns after the war against Gadhafi ended, and attacks on government buildings still persist. The government’s authority is still challenged by some of these groups.