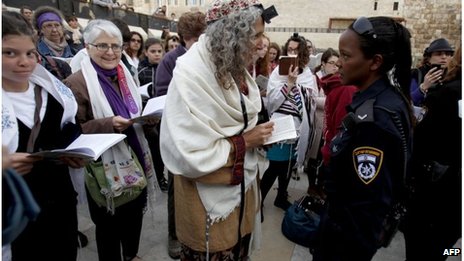 In Jerusalem’s Old City many Jewish faith followers come to The Western Wall to pray even though there have been for the past 24 years a dispute over who is entitled in praying in front of the wall.

This dispute is one that has been bothering mostly US Jews that wish the end of the injustice. This remnant of the Temple Mount has attracted global attention when a feminist organization called “Women of the Wall” that is known for campaigning for the right to pray equally with men, had two of its members Susan and daughter Hallel arrested. In response to the arrest of her family member, US comedian Sarah Silverman, a reform rabbi expressed her pride in their fight and explained to the world that the Wall “was hijacked by a small group” of ultra-orthodox jews called the Haredi. That is why they pressured the newly elected government into solving the problem.

Prime Minister Binyamin Netanyahu put Natan Sharansky in charge of the Jewish Agency to find a solution. The proposition made by Sharansky is to extend the Western Wall plaza to include an area at the southern end in order to allow all worshippers to pray according to their faith and whatever their gender is. In addition to the mixed worshipper’s area, the existing separate areas for men and women will be preserved, especially for those following orthodox traditions.

Finally, despite showing some reservations, the adequate authorities support the proposal and even the orthodox Rabbi Rabinowitz accepts this proposition as bringing “tranquility”. The founder of “Women of the Wall” Anat Hoffman also accepted this “compromise” since she believes it is a “sign of maturity and understanding what’s at stake here”. However the proposal will only be implemented once the Islamic body governing the site gives its permission.