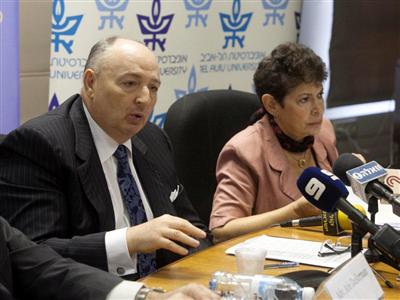 Acts of violence against Jews and Jewish institutions throughout the world have recorded a 30 percent increase in 2012.
The findings came in a report made public earlier this week by Tel-Aviv University which singled out France as the country having recorded the largest number of anti-Semitic acts.
“Last year witnessed a noteworthy increase in acts of violence and vandalism against Jews,” said the report, which documented 686 such acts in 34 countries, against 526 the previous year, i.e. an increase of 3O percent.
According to the report, made public on the eve of Israel’s commemoration of the Holocaust victims’ Memorial Day, most anti-Semitic incidents, including physical assaults and vandalism of synagogues and cemeteries, occurred in France which numbered 200 such acts, followed by the United States, Great Britain, and Canada.
The report linked the surge of anti-Semitic acts in France partly to the attack in March 2012 against a Jewish school in Toulouse where three pupils and a teacher were killed. The assault, perpetrated by a French young man of Algerian origin, had been followed by a series of violent incidents against Jewish targets, especially in France, says the report.
The authors of the report who said they found little correlation between the Israeli attacks on Gaza and the upsurge of anti-Semitic acts, have on the contrary pointed out that extreme rightist groups, including Neo-Nazis, mainly in Hungary, Greece, Ukraine, have exploited the economic crisis hitting Europe to lash out at the Jewish communities and other minorities and put forward clearly anti-Semitic programs.