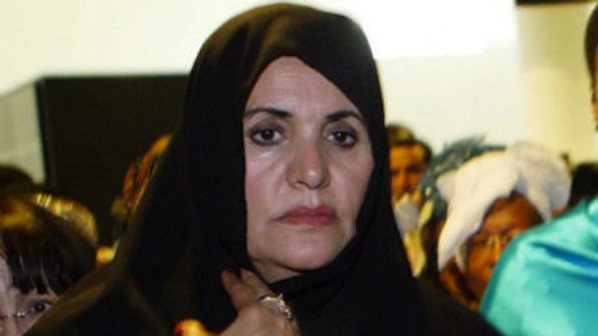 A week ago it was reported by Algeria that the widow of Muammar Gaddafi and her three children left the country were they found refuge without letting the government know where they were heading.
In fact it seems that although the people of Lybia believed they still were in Algeria for some time now the family have left the country since October and have been seeking asylum elsewhere. Gaddafi’ family member that was caught is his  son Saif al-Islam, who is being din court and has even been indicted for crimes against humanity by the International Criminal court. His other son is in Niger where he is seeking asylum as well. Finally only three family member  have managed to get the status of refugee in Oman news that was reported by Omani government who said that the family members have been in their country for the past five month providing the proper requirements in order to get asylum. Officials said that the daughter Aisha and sons Mohammed and Hannibal will be hosts of Oman as long as “they don’t engage in political activities.” However, Safia, Gaddafi’s wife has not been yet granted asylum. What seems worrying for the population is the fact that two of Gaddafi’s children are wanted by Interpol and that the Libyan court might wish to prosecute them. But for now, the Libyan officials believe it is too early to start thinking about extradition requests  and they are even admitting that Oman is a sovereign country that has the right to grant such kind of protection to political opposition members as long as they do not impact the revolution that is happening in Lybia in a negative manner.