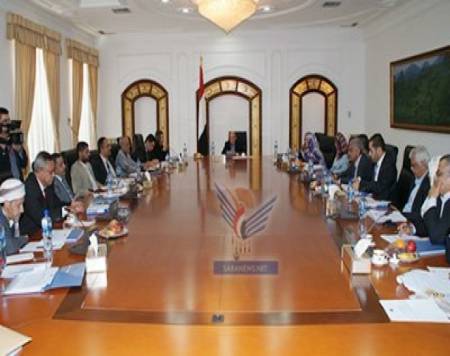 In this political transition period, the government led by President Abdrabuh Mansur Hadj started a national dialogue in order to draft a new constitution and prepare elections. This discussion that is expected to last at least six months has assembled 565 representatives of different political groups. However negotiations were refused by a movement led by South Yemen’s former president Ali Salem al Baid wishing that Yemen be divided into two independent states in the North and South.
That is why many demonstrators expressed their disagreement harshly in the Southern region which led to the death of a protestor that was shot by the police. In the mean time the President was making the opening speech of the dialogue in Sana’a where he clearly stated that the southern forces are imposing their own view by “force of arms” are greatly mistaking.
He even said that this desire is “doomed to fail” if they do not enter the peaceful negotiations alternative that is offered. He also asked all political forces in Yemen to accept making concessions in order to allow the talks to go as smoothly as possible. That is why on Tuesday the presidential palace was submerged by activists that wished to express their anger.
Actually this group is not the only one that boycotted the event, even Yemeni Nobel peace laureate Tawakkul Karman, also decided to stay away from the dialogue in protest of the “marginalization of the youth”  that has not been given enough representation according to him. But according to a UN envoy Jamal Benomar the international community does believe that this dialogue will offer “an opportunity to settle problems” to all the concerned sides that have been facing many injustices in the past.