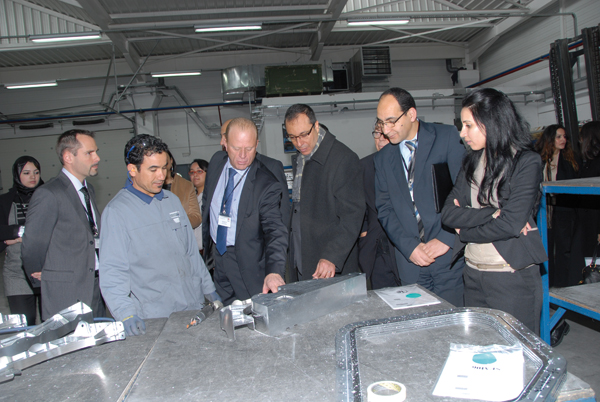 Morocco’s thriving aeronautic industry continues to attract foreign investors and aircraft manufacturers who find in the North African country stability, friendly-business climate, fiscal incentives and skilled manpower with low wages.
French groups Mecachrome and Electrolyse, specialized in manufacturing various aircraft components, have opened lately two plants in Morocco’s northern city of Tangiers.
The two industrial units, MK Aero and Lelma, are located in Tangiers Free Zone and sitting one next to the other for logistic reasons, offering comprehensive and integrated solutions including manufacturing, assembly processing and surface coating.
Built over a ??3000 m2 area, the MK Aero plant, a subsidiary of Mecachrome, specializes in the finishing and assembly of small and medium sized parts of aerostructures. It expects a 2 million euro turnover in 2013.
The second plant, Lelma, a joint venture between Electrolyse (60% share) and Mecachrome (40%) for an investment of 5 million euros, has been constructed over a ??3,200 m2 area. It makes parts and plane structures longer than 6 m and width beyond 2 m.
Over the past ten years, big companies like Boeing, Airbus, Safran SA, many others (including EADS, Thales, Aircelle, Creuzet…) have built high-tech factories in Morocco. They have been joined in the past couple of years by United Technologies and Bombardier which have invested millions of US dollars in new factories in the North African nation.
With a turnover exceeding $ 1 billion, the subcontracting aircraft industry in Morocco, which employs almost 10,000 Moroccans, is growing rapidly despite difficult international juncture.