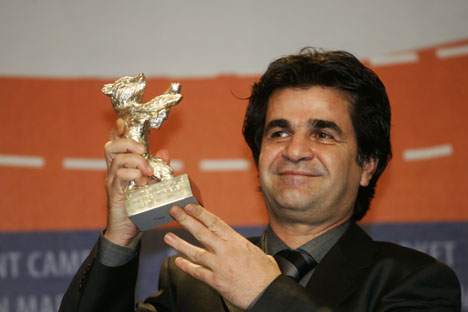 A month ago, the Berlin Film Festival rewarded Jafar Panahi for his movie entitled Closed Curtain. This movie tells the story of a group of people from different backgrounds that are trapped in a house near a lake. However some pro-government critics depicted the movie as a veiled denunciation of repression in Iran, and Iranian authorities did not hide their displeasure to see a movie which is banned in Iran rewarded.
This is not the first time that a movie by Panahi is banned by the government. His movie entitled “This is Not a Film,” released in 2011, was also criticized and banned from theatres.
But Panahi’s second movie was very costly as the director was banned from making films for the next 20 years and was even sentenced to six years in prison. He is now serving the sentence under house arrest. In addition the government decided on Thursday to confiscate his passport as well as the passport of the main actor of the movie Maryam Moghadam to prevent them from going abroad to promote their movie.
Closed Curtain has been gaining international recognition since it won the 2013 Silver Bear for best screenplay and is going to be projected all over the world in the biggest movie festivals. In just a few weeks it is even expected to be watched at the closing of the Hong Kong film festival where major movies of the year are going to be screened.
Despite this international acclaim, for Iranian authorities making such movies is just illegal.