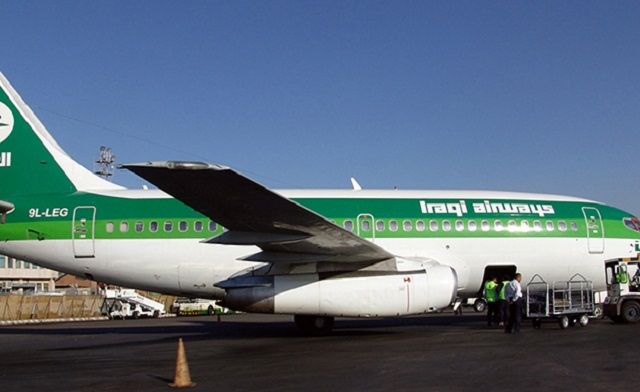 The first Iraqi plane to fly to Kuwait in 22 years landed on Wednesday on the tarmac of the international airport of Kuwait City with on board the Iraqi Foreign and Transport ministers.
Relations were severed between the two countries in 1990 after the late Iraqi President Saddam Hussein invaded the Gulf Emirate. Relations were gradually restored at several levels after the end of the first Gulf war, but air flights were not resumed in view of an imbroglio over accusations against the Iraqi carrier about damages incurred by the Kuwaiti airline during the Iraqi occupation.
The resumption of flights was made possible after Kuwait’s state-run airlines dropped its accusations against Iraqi Airways in return for US$500 million compensation.
The resumption of flights will open “important horizons for cooperation based on brotherhood” with Kuwait, a spokesman for the Iraqi Transport Ministry said. “Relations are heading in a positive direction,” he said.
Although the dispute between the two airlines seems to be settled, Kuwait’s national carrier is not yet ready to resume flights to Iraq, as some necessary technicalities are not yet fulfilled. Meanwhile, Iraqi planes can fly to Kuwait and can also cross its sky to join major airlines routes.