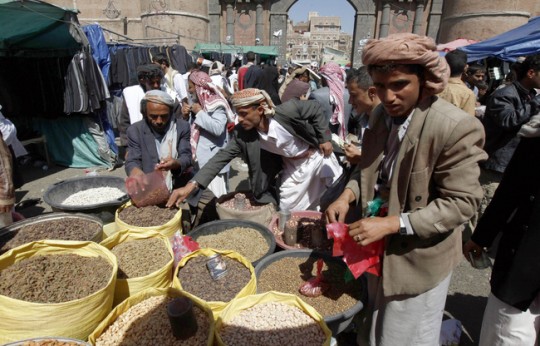 The rate of interest rates in Yemen had been set at 18 % two month ago but since then an unprecedented low has been reached by getting to 15% this week.
This rate on certificates of deposits (CDs) is explained by economists as a method to prohibit banks of freezing their money in the Central Bank. Initially it was the government that created all the favorable conditions to push banks into investing and the Central Bank has increased liquidity so that salaries of public sector workers can be repaid.
Mohammed Awadh bin Humam governor of the Central Bank announced that this decrease was the result of an economy that is becoming more and more stable since the government is now able to create its own income. He also expressed his hope that banks will be able to invest their money in large projects that can lead to the creation of multiple employment opportunities.
Then, the assistant manager of the Yemen and Bahrain Bank Abbas Naser said he expects this rate to even fall to “10 percent this year” which will allow individuals to ask for loans without being scared off by the high interest rates.
The Central Bank officials confirmed this expectation since they believe that the donation pledges of $8 billion will help the country make the proper transition. In addition the decrease in rates was a decision that was supported by the augmentation of Yemen’s foreign reserves that are explained by economists by the strengthening of the local currency.
Finally, the Director of the Economic Media Studies Center, Mustafa Naser, said this news should be warmly welcomed but that rates will have to gradually diminish until reaching international markets standards which are currently not more than one percent.