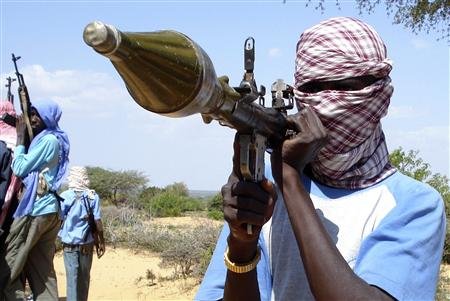 Since 1992 the Security Council imposed an arm embargo on an instable Somalia with feuding warlords that had just overthrown Mohamed Siad Barre. UN monitors are saying that Islamist militants in the area are managing to get weapons and they are accusing Iran of being the main provider.
This accusation comes at a time where Yemen is accusing as well Iran of providing weapons to armed groups on the territory and its neighbors. Just a month ago missiles and rockest were seized by the Yemeni coast guard and since Yemen is just across the Gulf of Aden from Somalia’s northern coast they accused Iran of trying to smuggle illegal arms to Somalia by passing through their country allowing the Islamist Al Shabaab militants to get stronger.
However Iran has categorically denied all allegations of not respecting the embargo and even described the accusations as lies. According to a letter addressed to the Security Council by Iran’s UN ambassador, Mohammad Khazaee, the allegations “have no basis or validity.” He also blamed the Monitoring Group of not having communicated with the Iranian Government about their findings to confirm if they were valid or not.
He also notified that his government did not appreciate the fact that this kind of information was leaked to the media he even qualified the act as a “malicious campaign” that may “endanger the credibility of the Security Council and the UN.” He also used this opportunity to clarify the accusations Yemeni forces made when they seized the weapons: according to him even though the missiles might have been fabricated in Iran the country’s government takes no responsibility for them.
Iran’s UN mission also wrote to the council regarding the allegations about the ship containing arms bound for Yemen. It denied responsibility for those weapons.