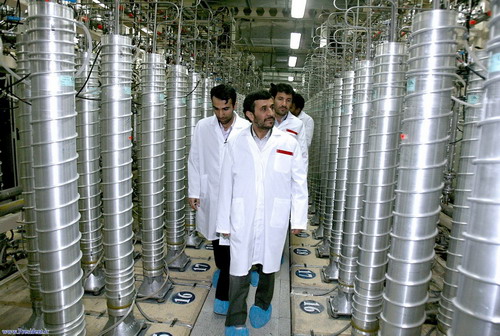 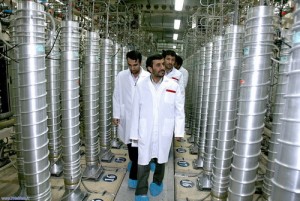 Confirmation was given today by Iran that the conversion of medium-enriched uranium into oxide fuel was resumed in order to slow down the growth of the Uranium stock so that talks about their nuclear program can resume.
This action shows that Iran is not going to use the 20% enriched uranium that they have been stocking since 2010 which can be easily changed into weapon material. Instead only the production of the 3.5% enriched fuel will be pursued in order to use it for future nuclear power stations.  According to the foreign ministry spokesman this transformation has restarted after being halted for some time but now that it has been reinitiated reports have been given to the International Atomic Energy Agency to support this work.
This was necessary because in the IAEA previous report it was said 233KG of the medium enriched uranium was stocked by the country which is a very dangerous number since the required mass is 240Kg to make one bomb.  Because of this, Israel felt its national security in great dangers thus Israel’s Prime Minister Binyamin Netanyahu warned the country in a UN general assembly that if this accumulation continues military action will be taken. The IAEA November report also stated that the conversion of the stockpile to uranium oxide fuel has been halted for what seems to be technical reason according to Inspectors.
However it has raised the fear that stocks will increase greatly making diplomacy relations more tense in the region. Now that this news has been announced a new IAEA report is expected shortly which is eagerly awaited by all since it is going to determine how talks will be held on the 26th February between Iran and the six major powers.