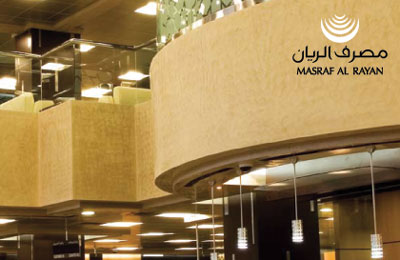 Masraf Al Rayan, Qatar’s largest Islamic lender by market value, is seeking shareholders’ approval to buy a strategic stake in a Libyan commercial bank through a capital increase without naming the target entity in a released statement.

Masraf Al Rayan says it wants to finance the purchase of the stake through a capital increase and there are high potentials that it may issue an Islamic bond if the shareholders approve the move as the bank continues to expand regionally according to a brokerage note from QNB Financial Services.

The bank added that its board of directors discussed at its meeting a number of issues related to the acquisition of equity in different companies. The board was thus briefed on the steps under way to complete the acquisition of a significant equity of the Islamic Bank of Britain (IBB), where it wants to acquire 70 percent of the stakes, as well as on the moves being made with respect to the acquisition of shares of a commercial bank in Libya through a capital increase.

The bank has not made its 4th quarter report public but QNB Financial Services note said that net income for the quarter amounted to QR 437 M based on their calculations which presents an increase of 10.4 percent from the QR 395.9M posted in the same period of 2011

Before the announcement, the bank’s share fell by 1.2 percent on Sunday.