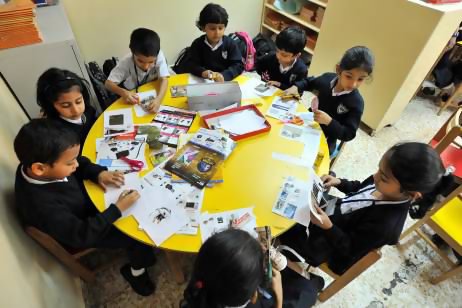 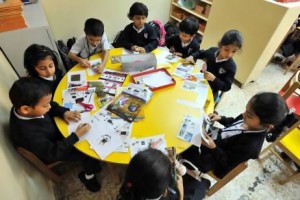 The results for the 2012-2013 inspection cycles at Indian and Pakistani schools in the United Arab Emirates were released by the Knowledge and Human Development Authority (KHDA).

The inspection results showed that students attending these Asian schools have good attitude towards learning and that the syllabi and teaching methods respect heritage and culture. However, the Dubai School Inspection Bureau which published the results after four years of evaluations announced that the evaluation was unsatisfactory although the number of students attending such schools has doubled over two years. Following the study out of 23 Indian schools that were inspected only two managed to improve their ranking from Unsatisfactory to Acceptable. The institution that had been rated Outstanding still maintained their level of excellence. However, more than half of the students attend the schools that have been barely rated Acceptable. The study also revealed that most Pakistani schools still perform poorly compared to the standards the UAE government has set and when asked to rate their staff and students level they have a tendency to inflate numbers in order to be amongst the outstanding schools. According to specialists, these schools’ problem mainly lies in the lack of good leadership. Dr Karam, director general of the KHDA said that the poor quality of teaching and leading starts from kindergarten so it is very difficult to raise the level since the foundation to an education of good quality was not well set. Finally it was also implied that these establishments still follow methods that do not allow students to be integrated in international practices thus making it difficult to bring changes amongst schools of different origins in the country.