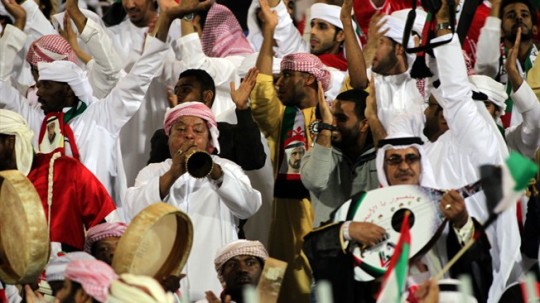 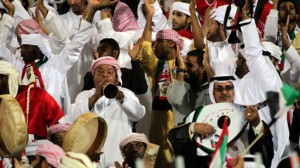 The Gulf cup has been rising excitement in all the countries of the region due to the impressive performances of the Arab players in addition to the high level of publicity that has been invested in this event, many fans have even travelled all the way to Bahrain where the tournament is being held.  Emirati citizens are amongst those that are greatly involved in supporting their national team. This football fever is also shared by the ruling families of the UAE as well as the big businesses. For instance, the President Sheikh Khalifa ordered six special flights to transport hundreds of fans from Dubai to Bahrain in order to encourage Emirati national team in the semi-final confrontation against Kuwait. His support was well appreciated it seemed since the UAE was victorious on Tuesday. Following which, many officials also promised thousands of fans to be taken to Bahrain for the final against Iraq that will be held on Thursday. The state news agency Wam said the ruler of Sharjah, Sheikh Sultan bin Mohammed Al Qasimi has ordered three planes to be dedicated to this task. On Wednesday, the Sharjah Sports Council already began registering those wishing to travel with the help of the Emirates Airport Authority. Even the ruler of Ras Khaimah, Sheikh Saud bin Saqr Al Qasimi reserved three planes to assist fans into getting to the match. News from Fujairah also reported that its ruler Sheikh Hamad bin Mohammed Al Sharqi, has planned to give the chance to lucky fans of going as well by allocating four planes. Finally du, Dubai’s telecommunications company is also showing its support by providing a charter fit for 350 people.  All these fans will make sure that Bahrain’s National Stadium will be filled with their loud cheers so that their team wins.