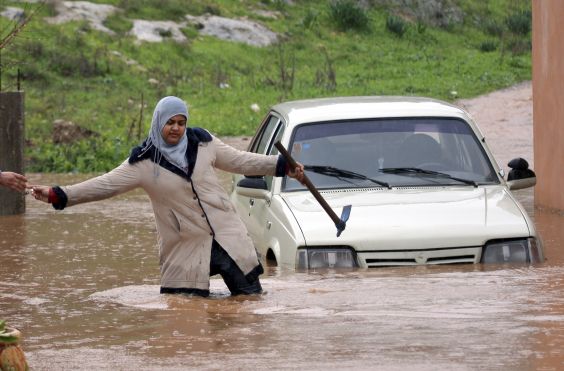 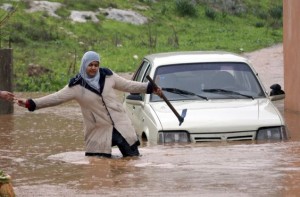 The whole Middle East region going from Syria to the Nile had been greatly affected by strong winds and snowstorms that affected all the communities in the region. This weather was qualified by a meteorologist as the “fiercest storm to hit the Middle East” in at least 30 years.  In this period of the year where many refugee camps have been built in countries such as Jordan or Syria, people that have come seeking shelters are the ones that are the most vulnerable. It has been reported that 200 tents were taken away by floods in Jordanian camps and most of the refugees had to suffer from the below-zero temperatures. In addition in Jordan, the fact that the snow covered all areas of the north and the drier south made schools shut down and international flights were delayed while authorities in Amman are advising residents to stay home since the town is covered with snow. In Palestine, two women were killed on Wednesday making a total of nine deceased since the storm began on Sunday and in Lebanon a 30-year-old man froze to death after falling asleep drunk in his car. Even parts of Egypt are affected with this storm where many fishermen went missing. Finally highland areas of Jerusalem and Ramallah were covered with a thin layer of snow which made pleasing scenes for residents but Palestinian officials took no chance and decided to also close schools and drivers were recommended not to be driving on the slippery streets of Ramallah. Finally, Israeli police told drivers to avoid parts of Tel Aviv that were flooded and Prime Minister Benjamin Netanyahu met the minister of public security to “evaluate the situation”. This difficult weather conditions continued throughout Wednesday and are most probably going to continue up till Friday evening.