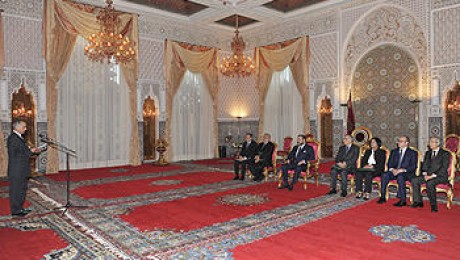 The new economic and social development plan for Morocco’s southern provinces that was disclosed this week by the President of the Economic, Social and Environmental Council, Chakib Benmoussa, will make of these provinces a regional development hub in north-west Africa.
The new plan seeks to promote the emergence of a viable and attractive local economy that can make of the southern provinces a bridge between Morocco and the rest of Africa and a regional hub for cooperation, prosperity and peace in the sub region of north-west Africa and MENA region, said Benmoussa while presenting the broad lines of the new development plan.
The plan was outlined by an ad hoc and multidisciplinary commission set up by the Economic, social and Environmental Council (CESE) last Fall.
Benmoussa insisted that the model proposed seeks to set up a system that will boost economic, social, cultural and environmental development eying in the first instance the benefits and well-being of the local populations.
According to the CESE president, the implementation of the new project is a first step towards the materialization of the advanced regionalization status to be granted to these southern provinces. Under this status, the southern provinces will run their own affairs with the participation of the local elects and inhabitants.
Benmoussa disclosed in his presentation that the new plan has been outlined after the ad hoc committee held a series of meetings, debates and hearings with several sides including the representatives of the local populations and that the same methodology will be followed before the CESE submits its final report by the end of October this year.
The council which will present a short-term report next March is open to remarks and suggestions from all sides.
Benmoussa also said that the CESE will focus on ways and means of overcoming the structural problems that are still hampering a genuine development of the southern provinces and at the same time on solutions that are likely to mobilize all energies and to promote joint work and cooperative action.
The CESE will seek in this respect to create the appropriate conditions for the emergence of a sustainable productive sector, lay the foundations of a social economy based on local traditions and know-how, and define transparent modalities for the management of natural resources in order to facilitate and rationalize the use of foreign direct investments in the exploration and exploitation of these resources, Benmoussa said adding that the ultimate goal is to promote a sustainable development and raise the inhabitants’ living standards.
Besides the economic and social measures meant to upgrade human development at large, the council will make proposals to promote the cultural heritage as a component of the identity of the region and a leverage for wealth generating, the CESE president said.