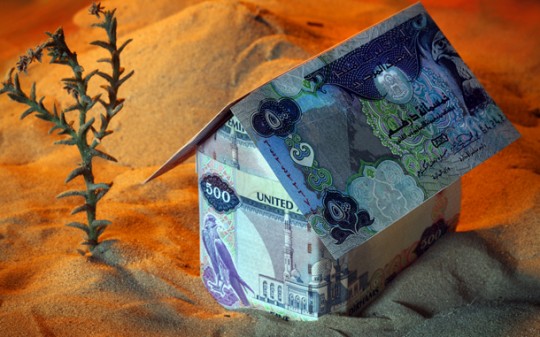 In a circular that was distributed to commercial banks the UAE central bank announced that a new limit has been set on mortgage loans for foreigners that wish to buy  estates in the country. According to banking and real estate industry sources, mortgage has now been blocked at 50 % of the property’s value. This circular is not normally provided to the public, and when Central Bank was contacted no comments were made on this sensitive issue.
This action looks like a new way the Bank has found to protect the real estate market in order to avoid the crisis the UAE had to face five years ago. Since then, and especially this year, prices of estates have been improving allowing the elaboration of new projects. This kind of circular might appear to be a way to preserve the progress that has been made in the sector, however, many bankers believe that this might affect the interest of property developers and bankers. They said that this kind of decision will limit clients’ alternatives provoking less investment in the country by expatriates which make up a large majority of the UAE’s population.  Because they believe that this country is the one that has the most political and economical stability in the region they used to buy property in many areas of the UAE. Most of them come from neighboring Gulf countries such as Iran and India and up till now it has not been cleared if this new mortgage cap concerns citizens of these states. But they are not the only ones that will be affected by the changes. The cap imposition is not the first of its kind, the Central bank had previously tried to regulate commercial banks but the protest that was made by the banks made them remove the limitation.