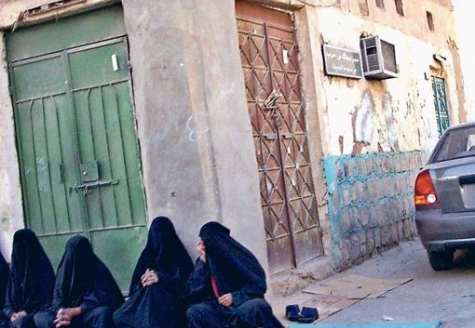 Saudi Arabia’s population has increased from 6 million in 1970 to 28 million today. Because of this spectacular augmentation, job and welfare programs are not evenly distributed to the entire Saudi population. Making most Saudis have difficulties in surviving in one of the world’s richest country. However, little is known about the country’s poorest citizens since not much official data is revealed by the government.
According to some private reports it is estimated that between 2 million to 4 million of the country’s citizens live on less than $17 per day which is the poverty line in KSA. In order to protect the image of the country, talking about poverty in Saudi was considered as a taboo. For many Saudis the first time they saw poverty in the country is when Crown Prince Abdullah visited a Riyadh slum which was reported by the state-run media.
Since then, billions are being spent in helping the booming number of the poor and needy: in addition to the free education and the free health care system that is provided to all citizens, the poorest population is entitled to have access to several welfare programs such as burials, food stamps and utility bills fully paid for by government programs in favor of the poor, elderly, disabled and orphans.
But this help comes from the Zakat which is an Islamic requirement by which each Muslim has to donate 2.5% of its earnings to charity and is designed to help just local citizens. That is why the poorest families in the country are amongst the 12 millions foreign workers and “stateless” families which are born on Saudi territory. These people barely receive aid from the government and have to survive on financial aid given by individuals that come to their neighborhood with food and clothes as well.