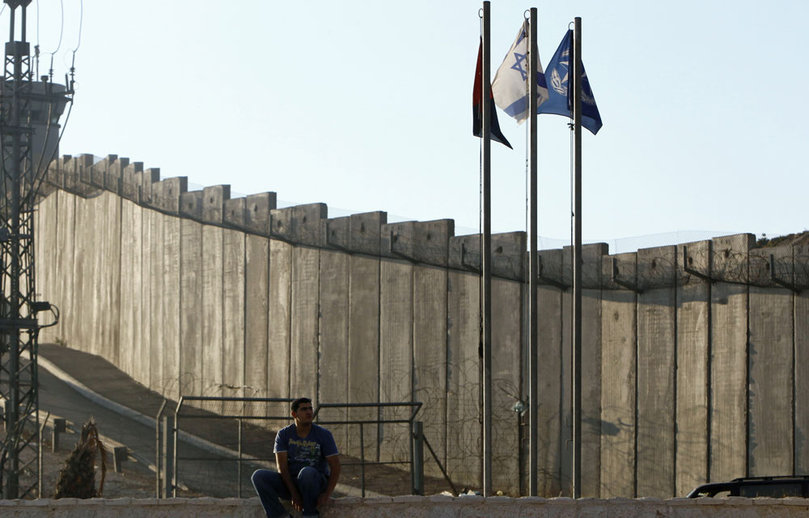 Every Friday a parish priest leads an open-air prayer ceremony under olive trees in order to protest against Israel’s plan to construct barriers that will separate into two his home town of In Beit Jala. This separation barrier is meant to cut off 58 families, a monastery, and a convent. The community which is mainly Christian is in danger of disappearing because the construction of the wall will mean more unemployment for some and for others the loss of their lands. That is why the monks and nuns of Cremisan have decided to unite in order to lead a legal battle over the route. In Beit Sahour, which is according to Christians the place where angels announced the birth of Jesus to shepherds, there used to be a Christian housing project just ten years ago. However most of that land is inaccessible to Palestinians. As Christmas is nearing, these two Christian communities are not the only ones suffering from the Israeli expansion plans. On the other side of Bethelhem there is also a terrain that is going to be covered in concrete since an authorization was issued just a week ago for the construction of 2600 houses in Giivat Hamatos. This new settlement is going to make communication between Bethlehem and East Jerusalem, the intended capital of Palestine, more difficult.
Due to all the impacts caused by Israeli settlement constructions and steel barrier plan, the birthplace of Jesus, Bethelhem, is devastated.
Behelehm is living a “choking reality”, said the Palestinian President Mahmoud Abbas in his Christmas message. He also said “for the first time in 2,000 years of Christianity, the Holy Cities of Bethlehem and Jerusalem have been completely separated by Israeli settlements, racist walls and checkpoints.”