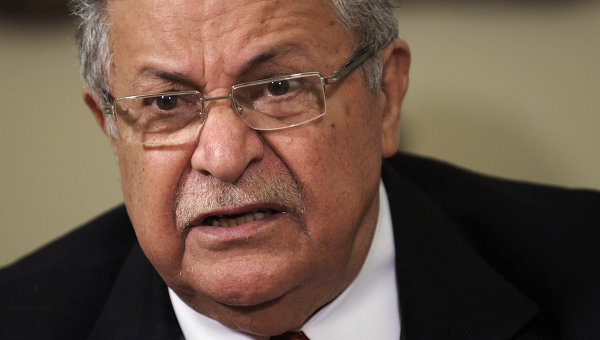 Iraq’s President Mr. Talabani runs an office which normally has largely ceremonial powers. However with the actual division that the country has to face he was having a role that made him be seen as a unifying figure that holds the power to mediate and allow a discussion between the different national leaders of the three main groups: Shiites, Sunnis and Kurds. he had in fact already succeeded into bringing them to the bargaining table.
On Monday, he met with Prime Minister Nuri Kamal al-Maliki to have a long discussion about the country’s political problems where they agreed that it was necessary to work  “according to the spirit of the Constitution and the national agreements” in order to solve all of them. After the talk it was reported that the President suffered from a stroke and was rushed to the hospital.
On Tuesday it was announced that his health situation was grave but stable. Then on an update made on Wednesday, the medical staff at the Baghdad Medical City reported that medical experts from Iran, Germany and Britain have been monitoring his condition and that they believe it is time to continue his treatment in Germany where the technology is more advanced and the proper experts can ameliorate his state. In the mean time during his absence his duties will be taken on by Khudayr al-Khuzai one of the country’s two vice presidents.
His departure adds however an element of uncertainty to the division that Iraq has been facing since the departure of the US army. In addition people are more worried because some officials have been suggesting that his condition might be more serious on a private note. Some well informed persons even implied that the president might have been in a coma.