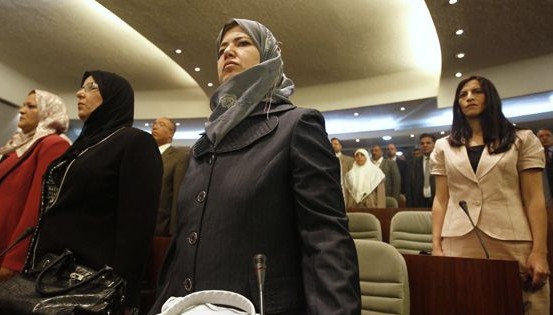 The Dubai Women Establishment (DWE) held a conference on the ways that could be implemented in the UAE to allow the growth of female representation on boards in listed companies of the country. At the end of the meeting, a policy was recommended by which women’s presence in boards of directors would be made compulsory for corporations and government agencies. Not all of the details about the new policy were released but a draft law was adopted.
This draft also includes the creation of a SME (Small and Medium Enterprises) council and the provision of incentives in several areas to business owners According to Shamsa Saleh, the DWE chief executive  the announcement of this policy by Sheikh Mohammed bin Rashid , Vice President of the UAE and Ruler of Dubai is one of ” the most important news in the history of Dubai Women Establishment”.
This historic decision that was announced on Twitter is a source of pride for the Emiratis since very few nations have made this kind of regulations that would ensure women’s representativeness in decision making areas.
After Norway that introduced board gender quotas, almost ten years ago other European countries such as Italy, France and Spain have followed the introduction of quotas. Elsewhere only Malaysia announced that from 2016 it would be compulsory to have 30 % of these high places would be occupied by women.
However in some countries such as India propositions have been made to make it obligatory for some companies that have five or more independent directors to have at least one woman director. In conclusion the Vice president stated that this low wishes to “prepare a new generation of financially independent Emirati businessmen so they can contribute to our economy.”