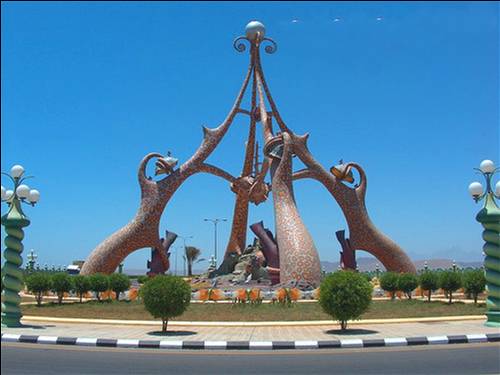 The Kingdom of Saudi Arabia has been trying to implement new educational, health, water and sewage projects in the Tabuk at a total cost of SR 6.26 billion. After a whole year of work, officials briefed on Wednesday Tabuk Governer Prince Fahd bin Sultan on the progress that was made. According to Muhammad Al-Laheedan, director general of education in Tabuk, out of the 66 projects that were planned 30 have already been put in place out at a cost of SR 240 million and land for creating 73 new school buildings have been given out. The governor expressed his hope that the new projects would improve educational facilities for both boys and girls in the region. Then, Health Affairs Director General Muhammad Ali Al-Tuwailae talked about new health projects that are under construction. He told the Governor that the new Tima Hospital is ready. Once the hospital is furnished and medical equipements are installed the institution will be opened and ready to serve the Saudi public according to Ali Al-Tuwailae. Another hospital, King Fahd Specialist Hospital in Tabuk, has also been finished but the health affairs Director had to notify that more efforts have to be provided in order to furnish it.   In addition, he announced that 17 new health centers established. Finally, Saleh Al-Sharari, director general of water, described the progress that is being done in 123 projects in water and sewage sector in Tabuk. According to him, already a large part of the city has already been provided with these services this year thanks to the completion of projects that were worth SR 900 million. But he finished his briefing by noting that to finish the entire project it will cost more than the SR 3 billion that were initially planned.