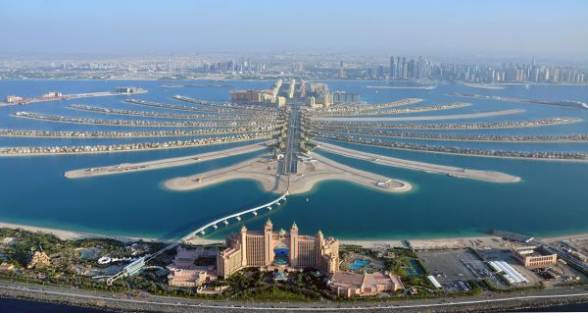 When the state-linked entity DUBAI WORLD had such enormous debts in 2009, that  almost ruined the Emirates, a restructuring deal was made in June 2010. The agreement planned a repayment scheme in 3 years time that was scheduled to start this year.
In the DUBAI WORLD restructuring proposed to banks, the money was meant to be raised by asset sales. According to the plan between 2010 and 2012, the sale of P&O Ferries and Warehouse developer Gazeley could have raised from $1.3 to $2.3 billion.
Then from 2013 to 2015 the disposal of department stores Barney and Loehmann’s and MGM Resorts International is supposed to bring another $3.9 to $5.3 billion. But the assets still haven’t recovered their value due to critical global economy.
Dubai World had to admit that the original investment of certain possessions such as MGM Resorts that was purchased when it was at the top of the market couldn’t be obtained. Since none of the promised sells were made by now, Dubai has the obligation to raise $4.4 billion in order to repay its first lenders according to the deal.
That’s why bankers that are meant to receive payments are worried because the government assures that everything is well controlled when it has no apparent source of money to meet its obligations. What surprises the lenders most is that Dubai still continues to make big plans to construct a city centre canal and a replica of India’s Taj Mahal.
However, Rick Pudner Chief executive of Dubai’s largest lender Emirates NBDENBD.DU believes “that Dubai will be in a position to meet its obligations”. Other bankers believe that creditors might be given a stake in some of DUBAI WORLD’s assets in order to avoid sales made in a rush.