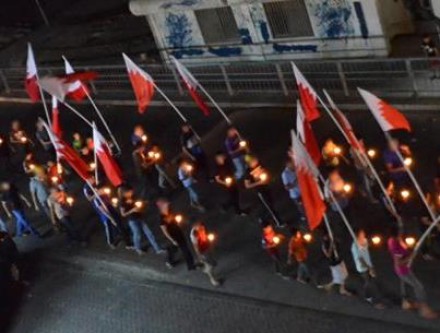 Just a year ago, protests of the majority Shi’ite population was crushed by the minority Sunni that rules the Kingdom of Bahrain. The monarchy applied martial law and received help from its neighboring Gulf countries to succeed into doing so. But in doing so, some police officers used this opportunity to abuse the fundamental rights of prisoners as humans. They mistreated them in such a way that very heavy charges were made after them, and were sentenced for many years.
A week ago, a spiritual Shi’ite leader called thousands of his belief’s followers to join him in prayer. The police interpreted this gathering as a disrespect of the ban on rallies that was decided to be applied not a very long time ago.
Although many altercations have been happening with security forces every week by anti- government protestors, this event was supposed to be a peaceful prayer ceremony. However police fired teargas and blocked roads to stop the Shi’ites trying to reach a village at the West of Bahrain’s Capital where the gathering was supposed to be held. Especially one man, Hassan Mohamed, who was just trying to attend the meeting in Bani Jamla was physically attacked and got hurt really seriously. Up till now the extents of the damage he suffered was not publicly released. After a thorough investigation, the Interior Ministry of Bahrain charged the police officers that were on duty that day for using “excessive force”.  They are to appear in court on November 21.
In a statement, the Interior Ministry, promised to always do its best in order for “International human rights standards and best practices” to be respected for all Bahraini citizens.