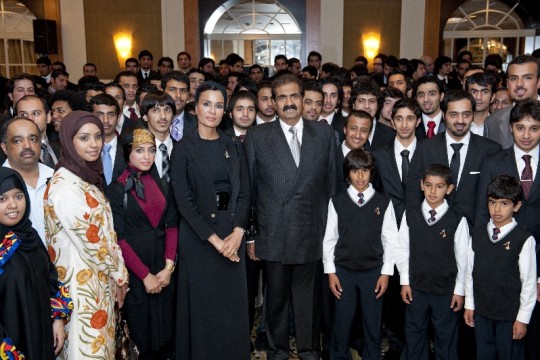 During the world Innovation Summit for Education in Doha, the wife of the emir of Qatar, Sheika Moza bint Nasser announced the creation of a program that aims to educate children of the world that can’t get a formal education. Although this foundation named Educate a Child was just formally announced financing of initiatives has started since last spring. Wishing to benefit children all over the world, this program has partnered with 5 global development organizations such as UNESCO and the UN high commissioner for refugees. As the founder, Sheika Moza believes that this “fundamental right to quality education” is not being respected in many countries. This is why the initiative is going to not only support new efforts in the domain but is also going to improve existing ones. It wishes to “change the destiny” of children and especially girls. As Mr. Mittal chairman of the Bharti Foundation, an Educate a Child partner, said “when you educate a girl you educate a family” allowing future generations to be well prepared to face the world. That is why all resources are being allocated to reach the objectives that have been set. The groups have planned to finance 25 projects in 17 countries budgeting $152.6 million. Since last spring 500 000 children have been reached. Some of the world’s poorest communities as well as conflict zones will have more emphasis on the next three to 7 years. In addition according to United Nations special envoy for education Gordon Brown the objective of this partnership is linked to the UN Millennium Development goals on education. That is why he promised that if some of the aimed countries do not meet this goal another plan is being prepared by the UN to be put in place by April.