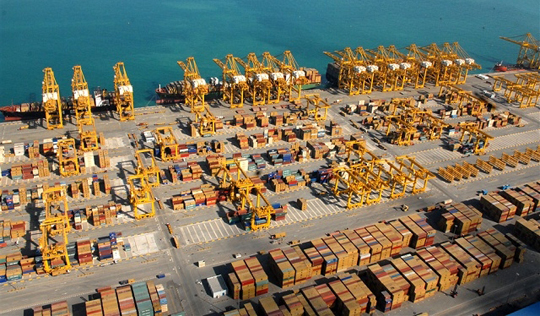 The kingdom’s container activity has grown and currently accounts for 20% of the regional throughput in 2011, with 5.69 million twenty-foot equivalent unit (TEU) according to a Drewry Maritime Research survey in September 2012 commissioned by Seatrade.
Saudi Arabia now plans to invest more than $914 million to develop its ports and many believe that it will be the main attraction at the region’s premier event for the maritime sector, Seatrade Middle East Maritime (SMEM) 2012, in Dubai from November 27 to 29.
The money will be pumped into a $164 million development plan for Saudi Ports Authority’s aimed at boosting the power generation capacity of the King Abdul-Aziz Port in Dammam at a tune of $51 million, new container terminal in Dhiba Port at a cost of $46 million and two further container terminals at King Fahd Industrial Port in Jubail at a cost of $38 million, which are due for completion by 2014.
A second container terminal with a quay length of 1,200 meters and 12 quay cranes, with a design capacity of 1.8 million TEUs per annum is also part of the project and will start operating in 2015. It also wants to construct a $27 million cruise and leisure vessel terminal at Yanbu Commercial Port.
The King Abdul-Aziz Port in Dammam seems to be a high priority development project for the kingdom because it has dedicated more than three-quarters of a billion dollars to promote its growth after it experienced a 10% increase in container handling in the first half of 2012 against 2011 figures. 535 million dollars will be put into container terminal capacity expansion while $213 million will go to other facilities.
Chairman Chris Hayman of Seatrade said these plans “will interest prospective international partners.”