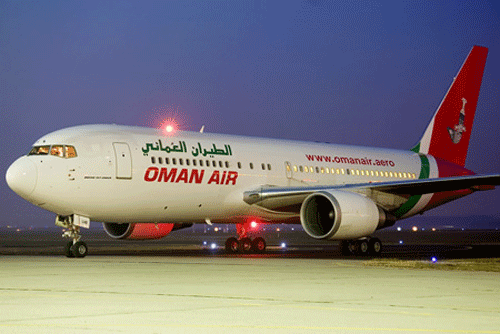 As part of its codeshare expansion program, Oman Air has revealed that it is in advanced talks with Royal Jordanian for a similar agreement. It can be recalled that in June this year, the Chief executive of Oman Air, Wayne Pearce said that the company was looking forward  expand its codeshare agreements and was in talks to further target the US and South East Asia through alliances.
Prior to the conclusion of the deal, Royal Jordanian will suspend its flights from Jordan to the Gulf state on November 17 due to commercial reasons. Oman Air will however continue to operate flights from the cities of the two countries and tickets will be marketed by both airlines after the agreement. CEO Pearce hinted that they are interested in the “key transatlantic route” and will like to take their slice of the cake. He promised that frequent announcements of similar agreements by the company will be done from now on as they continue to study and process possibilities without ruling out such agreements with at least one of the major European carriers that has a big network going across and citing Southeast Asia as “its main focal point” where it has been making swift progress in such deals. Oman Air currently has three codeshare partners, including Dubai’s Emirates Airline, Malaysia Airlines and the UK’s BMI.
Royal Jordanian’s CEO and president, Amer Hadidi confirmed that the “Royal Jordanian and Oman Air are working on concluding a codeshare agreement to enable the RJ customers to travel between the two cities under the RJ code.”
A deadline for the conclusion of talks between Oman Air and Royal Jordanian has not been communicated.