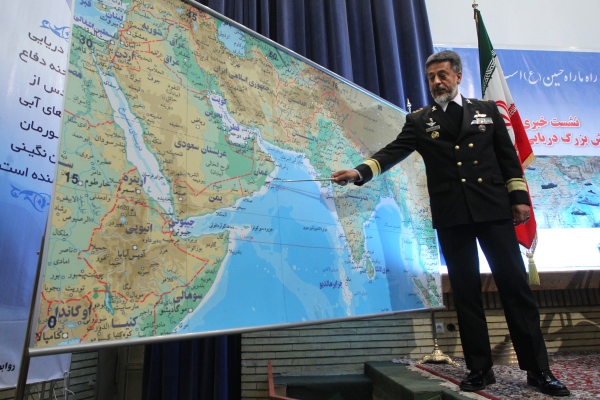 Following the training exercises aimed at keeping oil and shipping lanes open which begun in the Gulf concerning US and allied navies, Tehran has launched a submarine and a destroyer into the Gulf from Bandar Abbas port with orders coming from its supreme leader, Ayatollah Ali Khamenei. Both sides have rejected claims that their actions are aimed at each other.
According to the supreme leader’s official website, Ayatollah was also on a visit to the northern coastal city of Nowshahr to witness cadets from the navy practice planting mines, freeing hijacked ships, destroying enemy vessels and jumping from helicopters. Interestingly, the US and its allies, amongst which are several Middle Eastern states, are also having their exercises on how to clear mines.
During his visit, Ayatollah Ali Khamenei told army commanders present that “the armed forces must reach capabilities such that no one can attack the strong fence of the country and the dear people of Iran” as tensions and frustrations increase over its nuclear program.
The commander of the Islamic Revolutionary Guard Corps, Mohammad Ali Jafari, minimized the reports concerning the training activities as he precised that their exercises were “defensive” and they “don’t perceive any threats from it.” He concluded by saying that they “are not conducting exercises in response.”
Iran has on several occasions warned that it will block the Strait of Hormuz, a route for oil exports from the Gulf, if Iranian nuclear sites are attacked by Israel, which believes Tehran is trying to develop an atomic bomb.