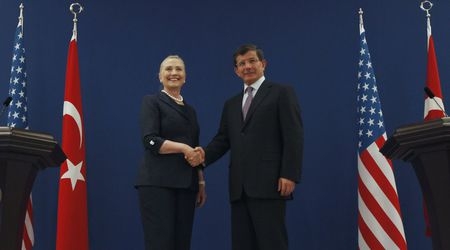 The struggle between the government forces and rebels to assert their authority in Aleppo and beyond continues with both sides faraway from declaring victory. However, an opposition leader has called for the protection of the rebel forces through a foreign-guarded no-fly zones and safe havens near the borders with Jordan and Turkey.
Rebels claim that government forces are having a decisive advantage over them because of their aerial superiority and the head of the Syrian National Council, Abdulbaset Sieda, is urging for the no-fly zone to be implemented in order to limit to level the battle ground. According to the head of the council, they have been able to gain territories on the front but the aerial attacks limit their effectiveness. He said that “there are areas that are being liberated, but the problem is the aircraft, in addition to the artillery bombardment, causing killing, destruction.” He added that the establishment of secure areas on the borders with Jordan and Turkey “was an essential thing that would confirm to the regime that its power is diminishing bit by bit”.
The policy of a no-fly zone recalls the strategy that was used by foreign powers to help in the ousting of Ghadaffi after a UN resolution. However, Russia and China have continued to maintain their stand firm on no foreign intervention in Syria as they continue to veto and discourage any plan that might lead to such actions at the Security Council.