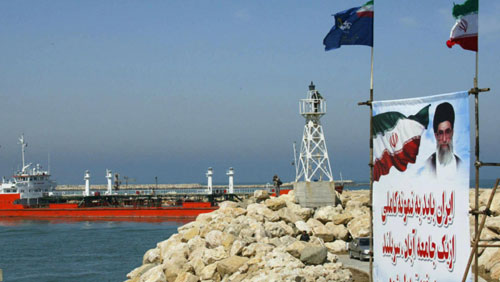 Following allegations of Tanzania and Tuvalu flagging Iranian oil tankers in order to avoid the EU and US sanctions, the former started an investigation to get to the bottom of the matter and conclusions have led to Tanzania claiming that the registration of the said oil tankers were done without its knowledge nor approval. It will now deregister the ships after it was confirmed that they are from Iran. The investigations were held in collaboration with the EU and US.
Most of the Iranian oil tankers had their names and flags changed by the National Iranian Tanker Company (NITC) before the implementation of the sanctions in order to ease access to insurance and financing for the cargoes, as well as find buyers for the shipments without attracting attention from the United States and European Union.
Zanzibar, a semi-autonomous region in Tanzania, reflagged the ships but it claims that it was duped by Philtex, a Dubai based agent. It has decided to bring an end to its contract with the firm. Zanzibar’s vice president Seif Ali Iddi told the assembly that “The government has thoroughly investigated this issue and established that the Zanzibar Maritime Authority [ZMA] through our Dubai-based agent, Philtex, registered 36 Iranian crude oil tankers and containership vessels to fly the Tanzanian flag.”
Iran has not commented on the issue. The two countries share very good ties, Zanzibar’s government has reaffirmed that they will continue as he said that “Regardless of this incident, our relations with Iran will continue in other areas.”