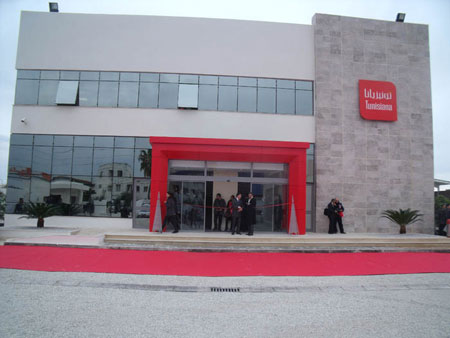 Six companies seized by the Tunisian government from relatives and close aides of the former regime will have their shares sold. Six companies are part of a whole lot of companies and assets seized from 114 people.
The announcement of the sales came after mounting pressure on the government to ease the expenses of the state and ignite the growth of the economy which is still trying to recover from 2011 protests.
The six companies involved in the sales of shares are Tunisiana, Bank of Tunisia, Ennakil automobiles (dealers for Porsche and Volkswagen), Carthage International School, Carthage Cement, and the local branch of Kia Motors.
Tunisiana, a mobile phone business company, almost owned by Wataniya (a Kuwaiti operator) will have 25% of its stakes in the market up for grabs but QTel which controls the remaining shares of the company is barred from participating for it. Submissions for stakes are planned by the 2nd of November. The 25% stakes were owned by Ben Ali’s son in law who bought them through a 365 million bank loans acquired from the Arab banking Corporation and Public Banks within the country. The repayment of the loans is in December of this year. These debts and investments including the 3G license will be included in the sale. The first transactions are set to begin on the 27th of July.
The Bank of Tunisia will have 13% of its stakes to be sold, 60% of Ennakil automobiles, 100% of Carthage International School, 37% of Carthage Cement and 99% of the local branch of Kia Motors will all be sold according to the announcement made by Slim Besbes, a director at the Secretary of State for Finance. Bidding is open to all.
The bidding deadline for the Ennakil is late November.