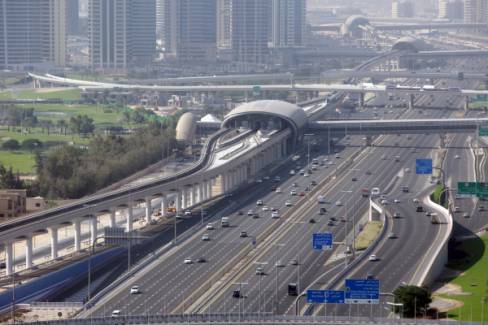 The infrastructure and construction market in the Middle East-North African region is among the world’s most attractive owing to its size, and forecasting figures predict a total of $ 4.3 trillion will be invested in construction projects across the MENA region by 2020, according to a BofA Merrill Lynch Global Research report.
These monies are expected to be invested in construction projects across the region by 2020 with an increase of almost 80 per cent from current levels, the new medium term report, ‘GCC 2020: Time to Shift Gears’, said.
Over the next 15 years, the MENA construction sector will be a key beneficiary of the implementation of structural reforms to raise productivity of the nonoil sector and the economy’s potential output.
The report shows that the region’s spending plans are expected to account for 12 per cent of the global emerging markets and 4.4 per cent of the world construction markets within the next decade.
According to the report, oil-rich Saudi Arabia is expected to take the lead in regional infrastructure spending and construction projects in MENA region.
“Due to many years of underinvestment, we expect Saudi Arabia to take the lead in terms of construction spending in the MENA region as the Kingdom responds positively to pressing social needs such as labor, housing and education,” said Philip Southwell, Bank of America Merrill Lynch president and country executive, Middle East and North Africa.
“With its young and expanding population, Saudi Arabia should remain the most buoyant market, in line with its overall economic development plan. Furthermore, the recent approval of the mortgage law should help to drive growth in residential construction in response to the current housing shortage,” Philip Southwell said.