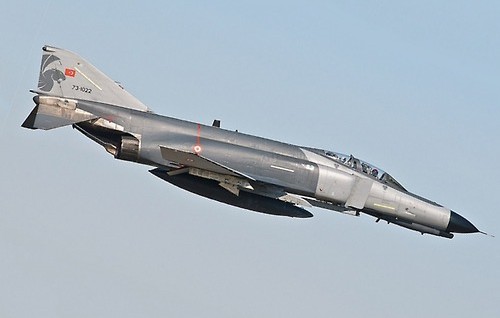 After Syria shot down a Turkish military jet which led to the deployment of massive military troops on both borders as questions of whether the jet was shot in the Syrian or international airspace remained a debate between them even though other countries have affirmed that it was in Syria’s airspace.
Iraq has now raised concerns over Turkey’s actions as it warned the latter regarding its frequent aerial trespasses into its territory because it can hurt their trade exchange.
Reports have emerged that Turkey has developed the habit of flying in Iraq’s airspace without any permission forcing the Iraqi government to manifest its disapproval.  In the course of only one month, Turkish fighter jets have violated Iraqi aviation borders 100 times and sometimes advanced 100 km into the Iraqi borders prompting the Council of Ministers to discuss it in their weekly meeting before sending a statement to the Turkish government about it.
Turkey is not alone in these violations because Iran and Kuwait are also regular violators of Iraq’s borders. Iraq claims to realize these violations after its radars came under the control of its forces. The radar was under US forces before.
Iraq has warned that the violations will affect bilateral relations and trade between them in the statement according to a source. The trade minister described the relations as being “very complicated.” Turkey’s actions are seen as an act of “interfering with Iraqi affairs.”
The source revealed that parties are already being discouraged from buying goods from Turkey. The two countries have disagreed over several issues especially the exploitation of oil fields and the buying of oil from the autonomous Kurdish government without the approval of the federal government.