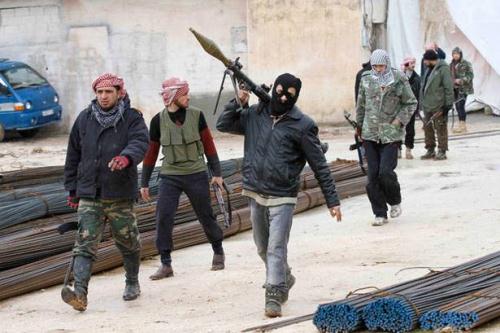 Fighting in the capital continues as it spreads to the principal central streets and a square housing the Central Bank. In an all out attack on Damascus baptized “Operation Damascus Volcano” by the rebel groups, exchange of fire has been very fatal and brutal. New tactics have been employed by both sides.
For the first time, the military uses helicopters to fight the rebels. The information minister was quoted saying that “some armed elements had infiltrated Damascus” but added that “the security forces surrounded them and dealt with them – and are still dealing with them.” He claims that some of them have given up and surrendered while those who were able to escape are being pursued.
Israel’s army intelligence claims that Syria has moved its forces from the Golan Heights to the capital as fighting gets intense in Damascus. The Muslim Brotherhood is urging Syrians to join the battle against Assad’s government.
Following the International Committee for the Red Cross to rate the violent conflict in Syria as a civil war, the head of the UN humanitarian affairs, Valerie Amos, has reminded those engaged in the “civil war” that they could be tried of war crime. He asked them to avoid targeting civilians and to make effort to differentiate between their foes and civilians. According to him, after the declaration of the Red Cross, the application of the international humanitarian law comes in to effect as describe Syria as a “very dangerous and complex operating environment”.
Kofi Annan is still going around the globe in order to find a peaceful solution to Syria’s stalemate which is 17 months old now.