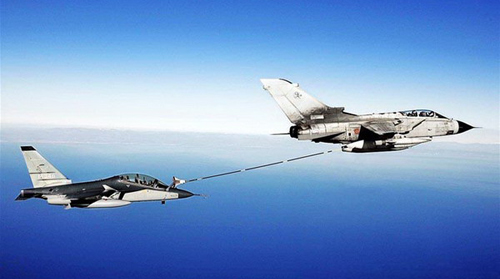 The Israel Air Force (IAF) will get 30 Italy-made military training aircrafts after the related purchase deal was approved by an Israeli ministerial committee on Monday.
The deal to purchase the 30 M-346 Master jets, made by Italy’s Alenia Aermacchi, was concluded in February.
Under the deal, assessed at over one billion U.S. dollars, Italy will purchase over one billion dollars worth of military hardware from Israeli defense contractors, a statement by the Israeli defense ministry said.
The training jets, scheduled to be delivered in 2014, will replace the IAF’s aging fleet of A-4 Skyhawks, used by the IAF since the early 1980s to train pilots.
South Korea also bade for the tender and proposed to purchase advanced Israeli military platforms and armaments for an estimated 1.5 billion U.S. dollars if its trainer is chosen. When the name of the winning bidder was disclosed in February, Seoul criticized the selection process and said the tender was not conducted according to international standards.