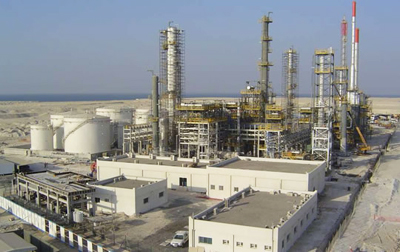 According to industry sources familiar with the Rabigh II petrochemical expansion project, a deal is in the pipeline and will be concluded before the end of the month between the Saudian-based Oil Company, Aramco, and Sumitomo Chemical from Japan.
The $7 billion dollar expansion deal has taken much more time as expected for it to be concluded by the two parties because of the lack of a final decision to choose the contractors for the project. The positive news is that the signing of the deal by next week has been made possible by the bidding contactors. The sources disclosed that the hopeful bidders (namely Petrofac from Britain, GS Engineering and Construction from Korea, Saipem from Italy and JGC of Japan) have agreed upon reducing the charges they demand for their services but not all them will. The move was welcomed by Aramco and Sumitomo.
The Rabigh II petrochemical expansion project will increase the size of the plant’s current ethane cracker. This part of the project is handed to the Japanese JGC and it should process 30 million standard cubic feet per day of ethane when completed. The expansion project will also contribute to raising the value of the plant’s petrochemical products by establishing a brand new aromatics complex using almost 3 million tonnes of naphtha per year as feedstock. There were no released statements from the concerned parties.
The multi-billion dollar project is suppose to start functioning in early 2016 and its principal products will be ethylene propylene rubber, thermoplastic polyolefin, methyl methacrylate monomer, polymethyl methacrylate…