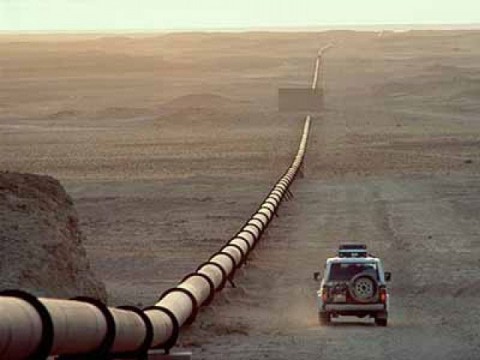 After several unsuccessful exploration attempts at the Risha gas field, British Petroleum (BP) made it public on Monday that they have begun drilling at the first well last week.
A four year authorization to end in 2013 was handed over to BP to conduct explorations and evaluations of the Risha Block with expenses of at least $237 million over 7 000km2.                       According to Jordanian government officials, if natural gas reserves discovered are of commercial value, British Petroleum will be engaged in spending millions of dollars to develop the field as a second phase.
AS of now, output of the field stands close to 18 million cubic feet but the government is foreseeing production to rise to 330 million cubic feet of gas by 2015. However, BP hailed its seismic survey results as being “one of the largest ever acquired in the Middle East and one of the safest and highest-productivity surveys acquired in BP history”.
Taking in to consideration the country’s heavy importation of gas and oil, government officials are wishing that more recoverable gas reserves will be discovered if they should take up a more offensive exploration and drilling in the area. Jordan is struggling to meet its energy consumption demands and prices are rising combined with the economic hardship and austerity measures.