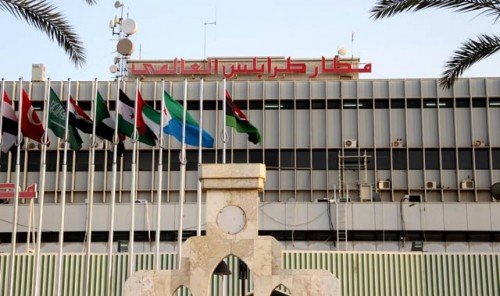 Libya’s main airport was under the control of a militia group for a period of time before government forces took over it again. More than 5,000 of them came to the rescue of the airport.
The militia group is from the town of Tarhouna known as the Al-Awfea Brigade stormed the airport and stopped all the airplanes from neither taking off nor landing. Some of the flights were oriented to the military airport in Tripoli. An eyewitness said that they “were about 200” in number and armed. The Al-Awfea Brigade took the airport as a levy because they believe that their commander, Colonel Abou Ajila al-habshi, is in the hands of the government since his disappearance a couple of days ago. They were asking for his immediate release before they would evacuate the airport premises.
Negotiations were held between them and the government officials. The militia group was later convinced “that the state does not have al-Habshi and does not know where he is, the force left the airport and it is now under the full control of the national army and security forces” said the spokesman of the National Transitional Council. Libya’s Deputy Interior Minister said that a hangar has been blown up and a field has been set alight by the militia.
The government has decided to launch an investigation to find out the whereabouts of the militia’s colonel who is believed to be kidnapped by unidentified men when he was travelling from Tarhoun to Tripoli with two tanks and some armed vehicles.
The government has announced that the airport will be closed for the next 24 hours due to technical issues before flights start jetting in and out of the airport.