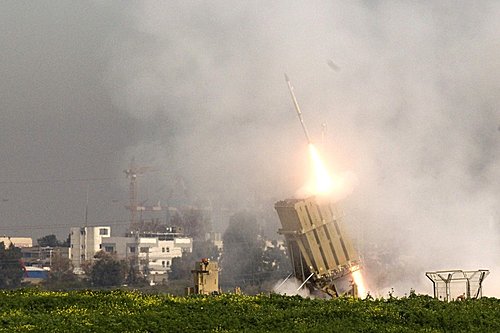 Reports have emerged from a German magazine that Israel has embarked on arming its submarines with nuclear-tipped cruise missiles that can be launched by a secret hydraulic ejection system. These submarines were built by Germany and they are believed to be heavily financed by its government too.
These revelations were made after a month long investigation by the Der Speigel magazine. It claims that the German government was aware of the arming of the submarines with nuclear missiles since 1961 (when it was the state of West Germany) but the government has always denied knowledge of such actions. The magazine went ahead to back its claims with files from the foreign ministry in Berlin. Ex high ranking officers of the German Defense military however said that the government assumed that the Dolphin class vessels were being equipped with nuclear warheads.
Germany is Israel’s biggest ally in Europe. It has already delivered 3 submarines to Israel and the Jewish foreign minister said that the existence of German submarines in their navy is an open secret. He didn’t elaborate further because he was “not in a position to talk about their capacity”. Israel always coy about its nuclear weapons capacity by remaining silent about it although there are believes that they are in possession of it.
Angel Merkel’s spokesman said that the government won’t be speculating about it and that the submarines were supplied unarmed. Germany is set to deliver another 3 submarines by 2017. “The Germans can be proud to have ensured the existence of the state of Israel for several years to come,” Israel’s Defense Minister Ehud Barak said in soliciting their ally.