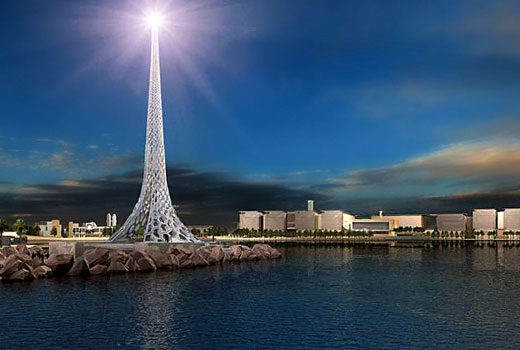 Another encouraging step has been taken by King Abdullah University of Science and Technology (KAUST) in its research work to find better performing alternative energy known as the New Energy Oasis (NEO) program.
The university will now collaborate with First Solar in its research program to test the photovoltaic system under the harsh conditions of the Red Sea Coast. The place has also been chosen because of its temperature, rising up to 45° Celsius during the summer period. This will help in achieving or at least to get close to the ambitions of the University’s New Energy Oasis program; which is to provide Saudi Arabia with an alternative clean energy.
To boost the program, First Solar handed out a full 3.2KWp photovoltaic system, 40 solar modules, a ground-based mounting structure, an inverter, state-of-the-art weather-forecasting and performance-measuring equipment.
The head of the university’s technology application and advancement group praised the new cooperation with First Solar. He said it will provide “platforms for testing and demonstrating PV technologies from leading companies such as First Solar, we can thoroughly test clean alternatives to traditional energy sources and ensure the best suitability to Saudi Arabian conditions.”
On behalf of First Solar, its vice president considers their relation with the university will offer them a platform to showcase their integrated solar systems in the kingdom.
The king Abdullah University of Science and Technology is situated in Thuwal which is about a distance of 80km north from Jeddah. First Solar is a leading global provider of comprehensive photovoltaic solar systems that use its advanced thin-film modules. The company’s integrated power plant solutions deliver an economically attractive alternative to fossil-fueled electricity generation.