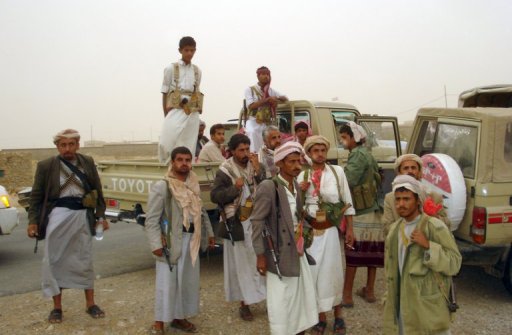 A militant group which took up arms in 2004 against former president, Ali Abdullah Saleh, has agreed to go to the negotiation table. The group known as Zaidi Shiite or Huthis according to the commission responsible for the national dialogue said that “the Huthis have agreed to take part in a serious dialogue… to resolve the country’s problems and achieve the objectives of the popular revolution.” The militant group is based in the northern part of the country and its stronghold is found in Saada. The militant Chief affirmed that they were set to “take part in building a state for all the citizens of Yemen”; the national dialogue commission reported. The Zaidi Shiite militant group agreed upon a truce with the government in 2010 but that has not halted attacks from both camps.
The democratic transition process in Yemen has been battling it out with the terrorists group in its bid to eradicate their operations and presence in the country. The terrorists groups in Yemen are linked to Al-Qaeda. They have very strongholds and are still resisting the government forces backed by the US military and its drones.
Clashes between the government troops and the terrorists groups have become the order of the day in the southern part of the country. Ambushes, open gun battles and drone attacks are no more surprising in the region.
The 2011 Nobel Peace Prize winner, Tawakul Karman, has pointed fingers at the US accusing them of killing civilians mainly women and youths in their drone strikes rather than terrorists as they usually claim.