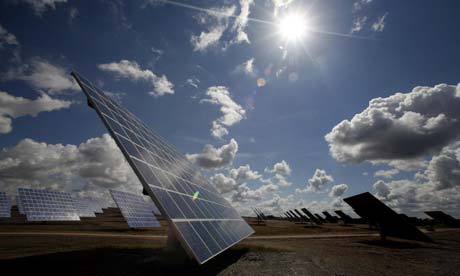 The second edition of the Asia-Arab forum on sustainable energy is being held in Oran, Algeria. The host country’s capacity of developing its potentials in the domain of renewable energy especially solar energy will be the main topic for the three day event which started on Tuesday.
Algeria’s South, fondly called the Algerian Sahara has a solar program under the joint cooperation of Algeria and Japan agreed upon in 2010. It is known as the Sahara Solar Breeder and the project is dubbed to be successful. It will help in reducing costs to almost 60% concerning the production of solar energy according to the head of the Renewable Energy Research Unit, Hamouda Messaoud. It also falls under the guidelines of the Kyoto Protocol. Most of the presentations will be on this project during the forum.
The program is expected to be achieved in 2016. At its full capacity, Algeria will be able to export its energy to Europe. An Algerian university, 6 Japanese universities and a Research Unit in Renewable Energy in the Sahara are engaged in the program with an allocated budget of $5 million provided by Japan.
The objectives’ of the Asia-Arab forum is to have a global perspective vision while taking into account economic growth, securing energy and the protection of the environment.
With regards to the just concluded legislative elections held on the 10th of this month, the Constitutional Council has validated the results and the National Liberation Front has emerged as the front runners; gathering 220 seats in the National People’s Assembly out of the 462.