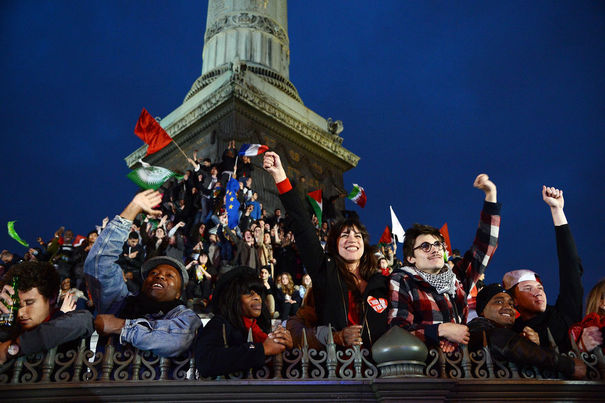 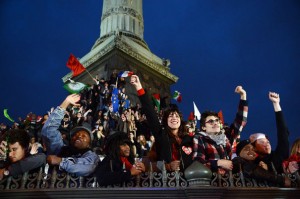 Francois Hollande has been sworn in as the new president of France Tuesday morning and immediately acknowledged the challenges he inherits, mainly “a massive debt, weak growth, high unemployment, degraded competitiveness, and a Europe that is struggling to come out of crisis.”
But the French and the Europeans are not the only ones awaiting the new pact he promised that will tie, as he put it “the necessary reduction of public debt with the indispensable stimulus of the economy.”
Maghreban countries are also looking at Hollande’s presidency as a new opportunity to upgrade relations between the two sides, especially at the level of economic and trade relations, France being the major trade partner of Maghreb countries, mainly Algeria, Morocco and Tunisia.
The first hints show that the new French government will carry on France’s support to the democratization and development efforts underway in the countries of the region that is so close to Europe and whose development and stability may directly impact on France and the rest of the continent.
The Socialist Party led French government will undoubtedly renew backing to the integration of the Maghreb region and will call for the re-opening of borders between Algeria and Morocco, as did the first secretary of the party, Martine Aubry, during a recent visit to Rabat.
When Françcois Hollande was first secretary of the PS from 1997 to 2008 he repeatedly expressed his party’s attachment to promote a policy of exchange with the countries of the Maghreb, insisting that these exchanges should not be only economic and commercial but should also be promoted at the human and cultural scales.
According to Hollande’s close aides, the new president grants a special interest to his country’s relations with the Maghreb, mainly Algeria, Morocco and Tunisia where France’s economic interests are huge, in addition to the centuries-old close cultural ties binding the two sides.
The large Maghreban community living in France had highly appreciated the anti-exclusion theses upheld by Hollande during the electoral campaign and is expecting to see Maghreban natives within the new French cabinet to translate, if need be, the special relationship existing between France and the Maghreb.