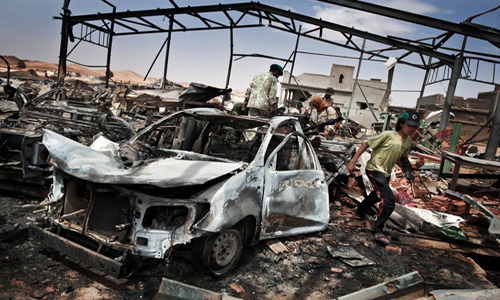 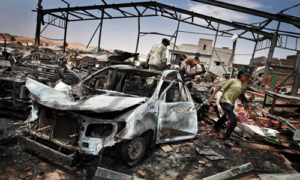 Actions that took place during the revolution in Libya have once again surfaced with the run up to elections. NATO helped the Libyan rebels to topple the regime but a recent report from Human Rights Watch (HRW) is scolding NATO for the deaths of the civilians.
In its 76 page report, HRW highlighted the loss of life due to NATO strikes on civilian premises with no military resemblance or activity. Amnesty International also released a similar report on March.
The report is asking NATO to stand up to its responsibility and investigate the deaths before paying a “suitable compensation” to the families affected. The effects on them vary from the loss of lives, properties and injuries. The lack of investigations is being seen by the organization as a motive to encourage such actions in the future.
NATO has denied the accusations leveled against it in the report. It said that in such complex situations, like it was in Libya, the “risk can never be zero” even though “NATO did everything possible to minimize colateral damages”. The air raids headed by the US, UK and France air forces have a total of more than 25,000 sorties with 9,658 being strike sorties and hitting almost 6,000 targets.
At least 72 civilians have died from the strikes in the campaign authorized by a UN resolution to protect civilians. NATO is said to have violated the mandate during its execution. However, it has affirmed its willingness to collaborate with the new Libyan authorities to evaluate and decide on the actions to take but it is freeing itself from responsibilities due to claims that it wasn’t present to confirm deaths.