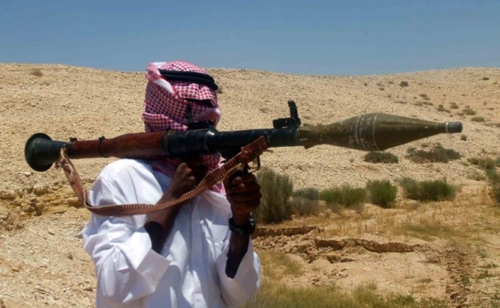 Egyptian security agents successfully intercepted arms on their border with Libya being smuggled into the country. The arms heading for the Sinai by three smugglers included surface to surface missiles, rocket – propelled grenades, mortar rounds, automatic rifles, artillery shells and ammunition. These weapons were to serve as means of standing “against army and police forces securing the borders to create chaos before presidential elections” according to an unauthorized official after the interrogations of the three smugglers who are Egyptians of Bedouin origin. Elections are schedules for the 23rd of this month in Egypt.
Daily attacks on security forces have become rampant in Sinai with fears that Islamic militants are becoming popular. The porous security in the area has also given them an almost overall complete control of certain towns amongst which is Rafah, where two of the smugglers come from. They have gone to the point of declaring their own state, Islamic Emirate in Sinai, and pledged their allegiance to Al-Qaeda. The area is also used as a base to launch attacks on Israel and to smuggle goods into Gaza thorough tunnels.
Insecurity in MENA region has been of global interest especially after the Arab spring. The most brutal of them all in North Africa took place in Libya and now its aftermath has become an issue to deal with because of the flow of uncountable arms stolen from the military armories and those dropped into the country by the NATO forces. Countries such as Mali, Sudan, Algeria, Egypt and Israel have already made their voices heard concerning the flow of arms.