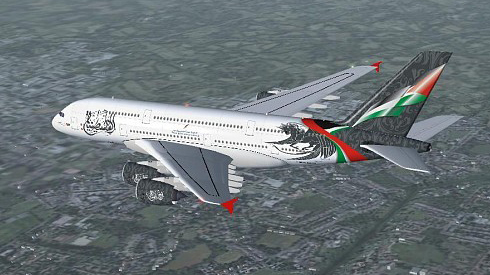 Palestinian Airlines is making its return in the skies of the Middle East once more after its first flight from Amman in Jordan to EL-Arish in Egypt was completed. It was the first flight of the airline since it was grounded in 2005.
The company operated four airplanes under its possession but they have been reserved to the airport’s hangar due to the conditions imposed by Israel. The runaways of the airport were bombed in 2001 and torn by Israeli forces to make it inadaptable neither for landing nor takeoff. It also imposed restrictions on the airport thereby forcing the airline to suspend all its operations in Gaza. The airport, Yasser Arafat International Airport, is named after the 1st President of the Palestinian National Authority, chairman of the Palestinian Liberation Organisation and the leader of the Fatah political party, the late Yasser Arafat.
Palestinian Airlines, founded in 1995, is the country’s national carrier. It flew to several destinations in the Middle East from Gaza international airport before 2005. It is now hoping to build on it again.
After its first flight to Egypt, destinations such as Jeddah in the Kingdom of Saudi Arabia, Turkey and the United Arab Emirates will soon start according to the airlines director general, Zayed Albad. He also added that the operations of the airline will ease the travel burden on the Palestinian population because the nearest airport is an average journey of 400-500 kilometres.
Of their fleet, two Fokker airplanes are now active with two flights a week to El-Arish. Plans are also being made to serve pilgrims as the annual Hajj in Saudi Arabia is approaching.

2 thoughts on “Palestinian Airlines is back in the sky”