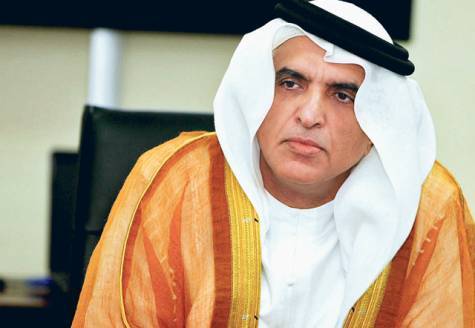 During a dialogue with the citizens of the Kingdom, Sheikh Saud Bin Saqr Al Qasmi, didn’t waste much time to lay emphasis on the security and stability of the nation and at the same time reminding them of the sacrifices their ancestors have made.
The discussion of certain issues on social networks caught the attention of the authorities and Sheikh Saud warned those involved, to manage their own business and not to “poke their noses into the United Arab Emirates affairs”. Neither the social networks in question were named nor those whom were engaged in the discussions; but the latter were referred to as people “who are trying to tamper with the stability of the UAE”. Even though names were not named, it is believed that the speech was aimed at Islamist movements in Egypt.
He also dwelled on the foundation of the federation which, was fortified by a pledge between the rulers and their subjects 40 years ago, will be defended at all cost as they have done before. He reiterated that the loyalty and the love of their land shouldn’t be doubted and the solidarity amongst them is the fruit of unity of those who built the country.
He urged the citizens to be cautious with “foreign agenda” policies even though the doors of the Emirates remain wide open and they are willing to listen to advices without “the respect of the country and its soil” not being neglected. The Sheikh recalled that the UAE embraces different nationalities on its territory and has provided opportunities and peaceful coexistence to those who do not go against the country.