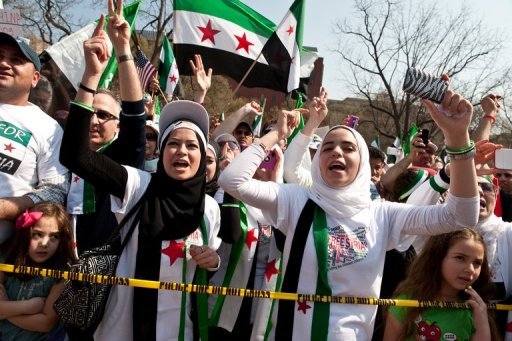 The pessimists about the ceasefire got it right if the information coming from Syria is to be heeded because those forwarding the information are activists from the opposition’s end which can’t be confirmed by any international independent media. They claim that the government’s military continues to shell them intensively. On the other side, the government accuses the rebels of attacking their units whom are therefore forced to retaliate. The ceasefire which should have been effective since Thursday is a theory for the moment. No one ought’s to deny it.
The members of the Security Council at the UN are divided over the issue. Russia accuses a group of countries known as the Friends of the Syrian People of not being interested in the success of the ceasefire. Some Arabian countries are urging for a military intervention while the U.S.A is being careful with such an action as it can destabilise the region. The Arab League will be briefed about the peace plan brokered by Kofi Annan himself but all seems to be lost in advance because the first step (the ceasefire) is not being respected. The League might soon lose its temper after international sanctions only reduced Syria’s foreign currency reserves by half.
Obviously, Syria’s crisis is far from over as far as the Security Council members take sides. Interestingly, certain countries are already meeting to discuss about what to do if the ceasefire fails. Then there is neither faith in the ceasefire nor the peace plan. If that is the case, why waste resources on the mission? It is diplomacy in its pure form. For at least it will be said that we tried to negotiate but to no avail.
He, who fails to plan, plans to fail but he, who plans to fail, will surely fail too.