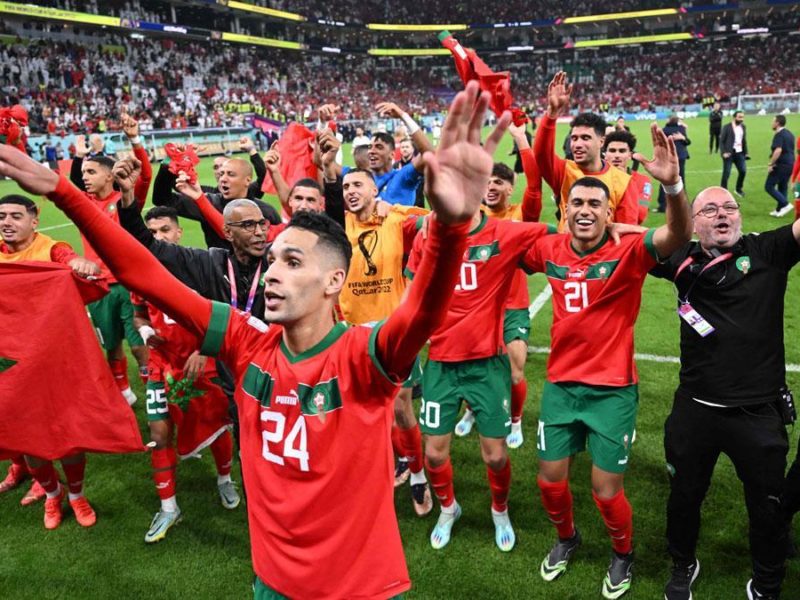 Morocco has become the first Arab and African nation to qualify for the semi-finals of the world cup after beating Portugal 1-0 in a pulsating game played Saturday at Al-Thumama stadium.
The Moroccan goal was scored by Youssef En-Nesyri with towering header late in the first half gave first-time quarter-finalists.
Morocco started the World Cup tournament with a goalless draw against Croatia before defeating Belgium (2-0) and Canada (2-1) to take the lead of the Group F. In their fourth match, they knocked out Spain on penalties (3-0) in and now they ousted Portugal sending their fans in dreamland.
Immediately after their victory, Morocco’s fans poured onto the streets throughout the country to celebrate the historic win making the Arab World and Africa proud.
The fans sang and danced following the historic feat made in Qatar as they see Morocco edging closer to the World Cup trophy, turning dream into reality.