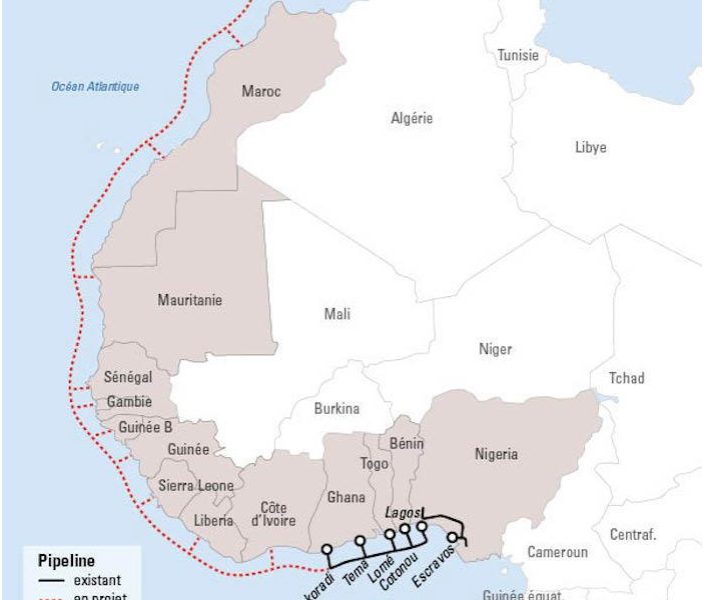 King Mohammed VI underscored the centrality of the gas pipeline with Nigeria for West African energy security and development at large saying Morocco is ready for constructive partnerships to achieve this project.

“I am pleased to note the progress made in this major project, in line with the terms of the contract signed in December 2016,” the king said in a speech marking the Green March, or the return of the southern provinces of the Sahara to the homeland.

After highlighting the role of the Sahara as a Moroccan bridge to the rest of Africa, the King voiced satisfaction with the recent deals to materialize this structural gas project.

Few weeks ago, Morocco and the Economic Community of West Africa signed an MoU to build the pipeline and another deal in the same direction was signed in Nouakchott with Mauritania and Senegal, two West African countries that are poised to play a key role in gas markets after the recent offshore discoveries.

“That signing reflects the commitment of the countries concerned to contribute to the completion of this strategic project, and attests to their desire to see it through,” said the King

In this regard, the King said this pipeline is “more than just a bilateral project” but it is rather meant to be “a strategic project that benefits all of West Africa – a region which is home to more than 440 million people.”

He said the pipeline would provide opportunities and guarantees in terms of energy security and economic, industrial and social development for the fifteen ECOWAS Member Countries, as well as for Morocco and Mauritania.

“This is a project for peace, for African economic integration and for co- development: a project for the present and for future generations,” said the king.